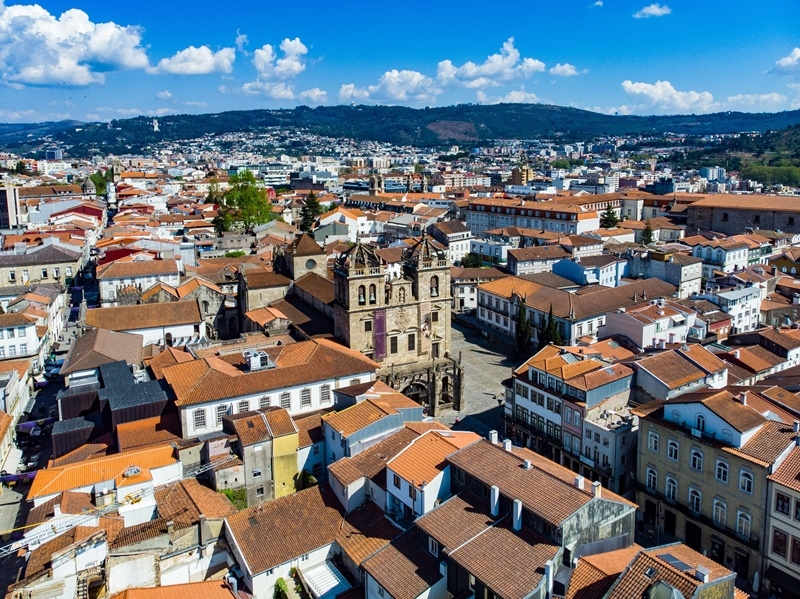 Braga is a lively city, one of the oldest in the country, and is teeming with young people who study at its universities.

Built more than 2,000 years ago, “Bracara Augusta” was, as the name indicates, founded by Augustus; it was located on one of the main Roman roads in the Iberian Peninsula, since it was the administrative seat of the Empire, and later given the status of capital of the Roman province of Gallaecia, present-day Galicia, by Emperor Caracalla. The Braga Diocese is the oldest in Portugal and, in the Middle Ages, the city even competed with Santiago de Compostela in power and importance. One of the Camiños de Santiago passed through here, when this pilgrimage cult grew with the Christian reconquest and the foundation of Portugal.