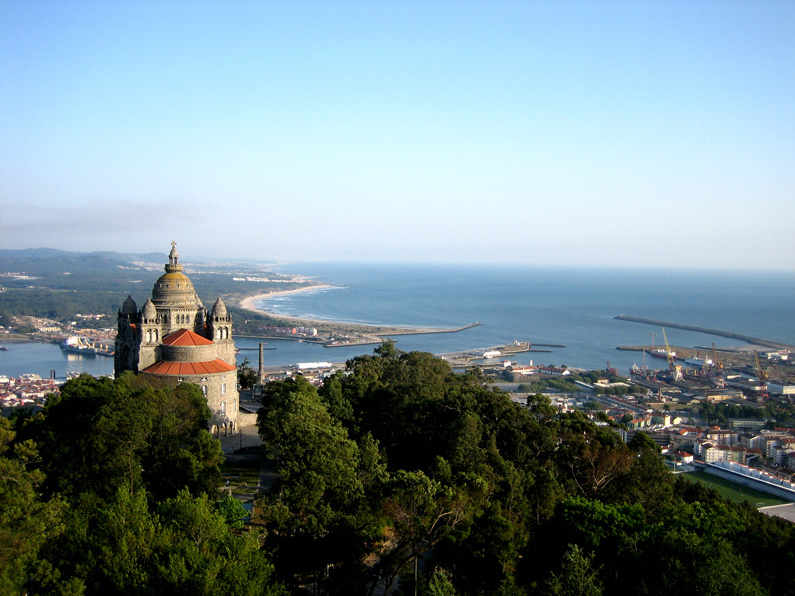 Posted by on | Featured

Viana do Castelo is one of the most beautiful cities in the north of Portugal. Its involvement in the Portuguese Discoveries and, later on, cod fishing shows its traditional connection to the sea.

Viana do Castelo is easily accessed from Porto, or from Valença for those coming from Spain. The special geographical situation of the city, next to the sea and to the mouth of the river Lima, can be seen from the Santa Luzia hill. This stunning view and the Basilica of the Sacred Heart of Jesus, a revivalist building by Ventura Terra, of 1898, could be your starting point for visiting the city.

Viana is rich in palaces emblazoned with coats of arms, churches and monasteries, monumental fountains and water features that constitute a wealth of heritage worth visiting. At the Tourist Office, you can ask for a brochure and choose a route inspired by Manueline, Renaissance, Baroque, Art Deco or tile architecture. Whichever streets you stroll through in the historic centre, you will always come back to the Praça da República, the heart of the city. This is where you will find the 16th century Misericórdia building and fountain, as well as the old Paços do Concelho (Town Hall). Close by is the Romanesque Cathedral or Igreja Matriz (Parish Church).

Facing the sea that was responsible for Viana’s history, a baroque church guards the image of Nossa Senhora da Agonia, the patron saint of fishermen. She is taken out every year on 20 August to bless the sea in one of the most colourful festivals in Portugal, where the beauty and richness of the costumes that are paraded during the festivities are notable.

Viana – also known for its filigree gold work – has maintained its traditions, as can be seen in the Museu do Traje (costume and gold museum), the Municipal Museum (emphasis on the typical Viana tableware that is displayed here) and the ship Gil Eanes. Built in the Viana do Castelo shipyards to support the cod fishing industry, the vessel is once more anchored here in memory of the city’s maritime and shipbuilding traditions.

But Viana do Castelo is also considered a “Mecca of Architecture” thanks to the many important names in contemporary Portuguese architecture who have designed the city’s amenities and spaces. This is the case of the Praça da Liberdade by Fernando Távora, the Library by Álvaro Siza Vieira, the Youth Hostel by Carrilho da Graça, the Axis Hotel by Jorge Albuquerque and also the Viana do Castelo Cultural Centre, by Souto Moura, amongst many others.

In the city’s surroundings, you can take a bicycle ride on the cycle paths along the coast or the river or a walk on one of the many marked trails, as well as practise surfing, windsurfing, kite surfing and bodyboarding on the golden sandy beaches. There are also opportunities for jet skiing, sailing, rowing and canoeing on the River Lima.